A story behind a story: from art to car racing 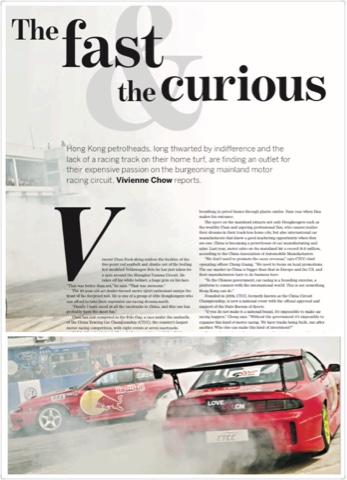 Over the years I have written stories that don't fall under the usual definition of culture. In 2011, I wrote a magazine feature about how some Hongkongers took their passion for car racing to China. It was published in Post Magazine.