What I have written about the Hong Kong Protests so far, as appeared in BBC Culture, Quartz, Variety, artnet News, The Art Newspaper, South China Morning Post, Lowy Institute's The Interpreter, and The New York Times, in chronological order:

"Hong Kong's chief executive is a politically sensitive and delicate position as while it requires the person in the job to walk the fine line between pledging loyalty to Beijing and serving the best interests of Hongkongers. It requires someone who is good at politics and has a great deal of street smart to do the job. But the former straight-A student and long-time civil servant who has been good at executing orders since the colonial days does not seem to have what it takes to run the city. Lam has failed her job spectacularly. And how things pan out in the coming weeks will depend on whether Lam can rectify her mistakes befo…
Read more -> 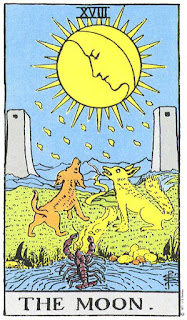 THE FAIR WARNING - Episode One: The Moon