People change with time, and nothing stays the same.

Recently I ran into my old school friend Jay Ng. Despite the fact that we had not seen one another for nearly 19 years, we spotted each other right away as we walked pass the headquarters of HSBC in Central.

Jay still looked the same: the long straight black hair framed her oval face perfectly. Her beautiful dark eyes were blinking with amusement as she saw me.

"Oh my God! It's been soooooooo long!" Jay screamed with excitement.

We laughed out loud as we gave each other a big hug. Pedestrians dressed in impeccable business attire passing by thought we were lunatics but neither of us cared. A surprise reunion of old friends mattered much more than opinions of people we didn't know.

"When did you come back to town? How come you didn't tell me?"

"I only just arrived couple of days ago! I was planning to message you next week after I'm settling in. I just sorted something out at the bank. Oh dear Hong Kong has changed so much!"

Jay's family sent her to boarding school in the UK just before the 1997 handover. She refused to go but she apparently had no choice at the time. We were best friends at school and we thought we would be enrolling the same major at the same university. We even fantasised meeting our Mr Rights around the same time so that we would be able to stage our weddings together.

Of course when she told me that she had to leave, we were saddened by the fact that we had to go separate ways so soon. But I was always grateful that we managed to keep in touch over the years, although I must admit that time has eroded our friendship a bit.

"Well, I wouldn't call it 'for good' just yet. My family wants me back to take care of the family business. I'm not even sure if I'm capable for the job so we'll see."

Then Jay handed me her name card. "Here are my new contact details. Let's have a proper catch up next week!" she said. "I'm so happy that you are still around."

I flipped her bilingual name card and spotted something out of ordinary: one side was printed in simplified Chinese. The other side was in English, but her name read different.

"How dare you didn't tell me you were already married and didn't invite me to your wedding? Am I still your friend?" I rolled my eyes. "So who's the lucky guy, Mrs Wu?" 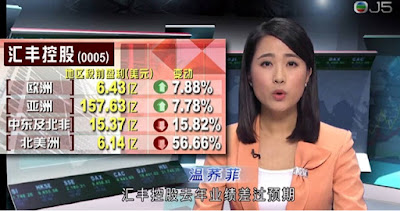 Her pretty face suddenly went blank. "No, I'm still single," she said, with a faint hint of disappointment. "I just changed the English spelling of my last name from the Cantonese Ng to Wu in Mandarin."

"WHY?" I was astonished.

Jay told me that because her family's business was now headquartered in Shanghai, she will have to travel around the world frequently among Hong Kong, Shanghai, New York and Europe. And to avoid confusion and have greater advantage in the business world, her family suggested her changed the English spelling of the family name from Ng to Wu, so that people would regard the family business as a mainland-based business instead of some small corporation from Hong Kong.

"I didn't see the logic to be honest. At the end of the day, business is business, regardless of where you come from. But then, my family said the whole world was obsessed with China, and if changing the spelling of my family name on my name card would help, why not? I didn't change my passport name," she said. "Besides, foreigners can't pronounce Ng."

That was not the Jay I knew. I recalled back in the days in school, Jay was a girl with principle. Once in our Chinese class, our teacher was mocking us for being too quiet and timid to speak up in class and answer her questions. The whole classroom went dead but Jay raised her hand and hit back.

"We don't speak not because we are incapable of answering your questions, but because we couldn't be bothered. You have been bullying us because you despise us. You think that our class isn't as good as your other classes. You haven't brought your best to our class, and why should us?"

We applauded for Jay's bravery and the teacher was embarrassed. Jay dared to speak the truth. And since then, the teacher's attitude towards our class changed dramatically. She brought her best to our class and eventually our results in Chinese language were at the top, beating the rest of other classes in our year.

And almost 20 years later, Jay backed down. "The world has changed. My recent experiences have told me that western investors have no interests in Hong Kong any more. It is a small market and it has been marginalised. They are interested in a huge market of 1.3 billion population. We can only go with the flow," she said.

"I don't have the answer, but it's harmless to try. We now have all our documents in English and simplified Chinese. I can read the characters though I never studied them, but the use of Chinese language is completely different from the kind of Chinese language usage I grew up with. What can I do? I have 300 families to feed."

I didn't want our first encounter in years to end on a sour note. So I tried to come up with a joke. "So you are now Jay Wu, that's like TVB's J5 channel," I laughed. "You know that they are having subtitles in simplified Chinese for its Mandarin newscasts? What a coincidence. Jay Wu sounds exactly like J5!" The number five is pronounced "wu" in Mandarin.

"Oh stop that! You aren't the first one teasing me about my name," Jay laughed.

We both had to run to our next appointments. So before we said goodbye, we agreed to catch up next week at Clipper Lounge at the good old Mandarin Oriental.

"Yea right," Jay frowned. "Now I have to keep telling my business associates that 'hi! My name is J5."

I missed the Jay Ng I knew.