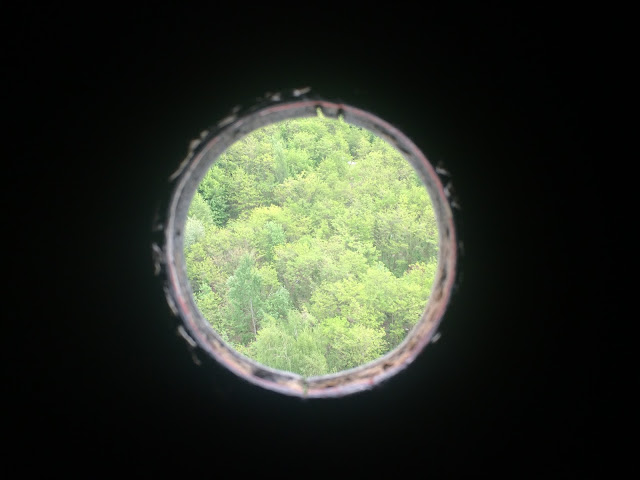 “And this slow spider, which crawls in the moonlight, and this moonlight itself, and I and you in the gateway, whispering together, whispering eternal things – must not all of us have been there before? And return and walk in that other lane, out there, before us, in this long dreadful lane – must we not eternally return?” -- Friedrich Nietzsche

At this year's Venice Biennale, artist Tsang Kin-wah represents Hong Kong at the international art Olympics with his moving image installation The Infinite Nothing. It is a mesmerising piece of work: as a viewer journeys through the pitch-black dark rooms saturated with the powerful text-based moving images and eerie sounds and returns to the starting point at the end of the journey, he is immersed in an enclosed space where time appears to be standing still, offering him an opportunity to contemplate his life journey.

In an interview I did with Tsang in Venice for the South China Morning Post, we talked about his idea of the show. German philosopher Friedrich Nietzsche's theory of “eternal recurrence” has been centre to the development of this spectacular installation, which was produced with the support of what is arguably my favourite curatorial team from M+, the visual culture museum to open at the West Kowloon Cultural District in in Hong Kong 2019.

Eternal recurrence, according to the exhibition publication, “is the idea that the universe has been constantly recurring in a similar manner in infinite time and space”. Tsang says he believes in the idea, that we all travel to the same places over and over again through our life journey. But despite we might have been revisiting the same spots, every time the experience is different, he says.

“No one can step into the same river twice,” Tsang tells me. 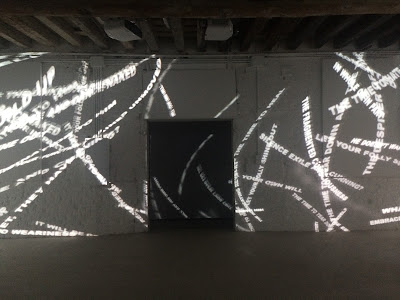 The almighty force of the universe has once again brought me back to Berlin.

Five weeks have passed in the blink of an eye since the beginning of the IJP Fellowship. Organised by the non-profit IJP (International Journalists' Programmes) founded in 1981 for the promotion of journalists in Germany and internationally. This year, four of us from Asia – Tianqin Ji from mainland China, Tshering Palden from Bhutan, Jieun Seo from South Korea and myself – were awarded the prestigious IJP Asia-Pacific Fellowship.

The two-month programme is structured in a way to experience life and culture in Berlin and Germany while polish our journalism skills through our work experience placement with a local newspaper and research on our individual topics here in Berlin.

The first half of the programme has been completed – three-day orientation programme together with German journalists who are currently now researching on their individual topics in Asia, followed by two-week intensive German language training provided by the Goethe-Institut and a one-week travel through Germany to Dresden, Weimar and Munich, visiting local media, cultural and business corporations to exchange our ideas and views of politics, journalism, culture and pressing global issues. This was followed by a one week break before starting our work placement with a local newspaper. We are all assigned to station with different newspapers and I'm working with Berlin-based broadsheet Der Tagesspiegel. 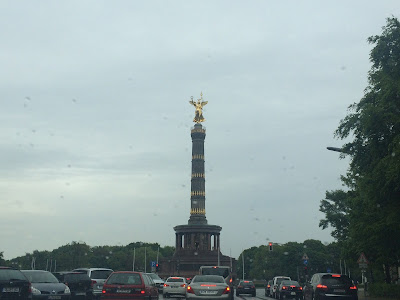 This is my third time to come to Berlin, but none of it has been my conscious choice. I had been brought here.

The first time was in 2004 when I was selected as one of the 10 young film journalists and critics from all over the world to take part in the inaugural Berlinale Talent Press as a young film journalist and critic at the Berlin International Film Festival. The second time was two years ago when I was invited by Germany's Foreign Office for a culture exploration trip in Berlin and Frankfurt. This year, I return under the capacity of IJP Fellow.

Of course, there is always Venice -- how is it possible to forget!

“No one can step into the same river twice,” says Tsang Kin-wah.

Eternal recurrence - perhaps there's some truth to it.

As I walk down the same streets, passing by the exact same landmarks that I had once stumbled across, I am constantly reminded of a distant past that has long been buried in the deepest end of my memories. There had been many happy moments, and traumas that I wish could be wiped out.

The streets and the landmarks might still be the same, but I am a different person compared to who I was in 2004, and happy new memories are now staying with me.

There is no such thing as “the same river”.