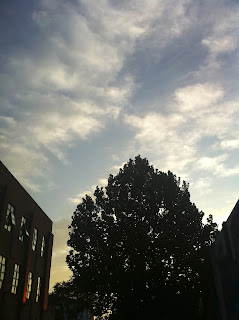 We always come across reports on how freedom being a luxury in China - there's no political freedom, no free speech, etc. But that's just on the surface. In fact, there's an abundance of freedom. You just have to find it your own way.

In the beginning of September I had a chance to visit Beijing, the capital of the fast-growing China that has been a fascination to the world. It was my first trip to Beijing in almost a decade. Everything has changed, and it was no where near the semi-rural Beijing I remembered from the past.

But that didn't matter. I was glad that I had to chance to get to see the new Beijing in a way that I'd like to see - through meeting local people and friends. The trip was primarily an art trip, during which I met a great deal of arts and cultural practitioners based there. My visits included wood sculptor Sun Yi's studio in the middle of no where, where I became a feast for an army of mosquitos there; 798 and Caochengdi arts districts, a cluster for tonnes of galleries not just from China but also many around the world. I got to experience a kind of trendy Beijing lifestyle during my short stay - partying, attending gallery openings, chilling out in the park, etc. And from what I have experienced, I discovered that there's this unspoken freedom hidden in this political and cultural capital of China. 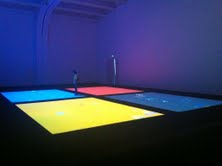 The government has banned access to YouTube and Facebook? Don't worry. There's always a way to get over the hurdle. If you want to become an arts journalist in Hong Kong, you are doomed. But in Beijing, the cultural capital of China, there are tonnes of publications on arts and art market. You will always be able to find something that you would like to work for, and there's a career path there, not just a job. You can choose to live in posh housing or just like Sun, work in a run down studio in the middle of nowhere. If you need cash, you can always find your way to make money, as long as you have the right connection for freelance work, provided that you are willing to work. If the traffic is bad, the cabbies would rather just stand on the road, have a cigarette and chill. An art opening isn't about dressing up holding a glass of bubbly drink - it's a casual get-together event where people from all walks of life just hang and chill and look at art. People think out of the box, and choose a life. There are no rules to follow. And more importantly, no one seems to judge you. 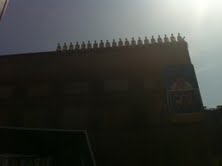 Hong Kong might be more of a free society, but it is not. We don't really have a choice of life - we don't even know there's a choice of life. We have been told to become a lawyer or a doctor or a banker since our childhood. We have been trained to be obedient and play by the rules. We never learnt how to think out of the box. We, in Hong Kong, are far from being free.
Email Post
Labels: *HOME Blog'suuuuuuuup?? Crazy China