Ai Weiwei, ART HK and why we suck 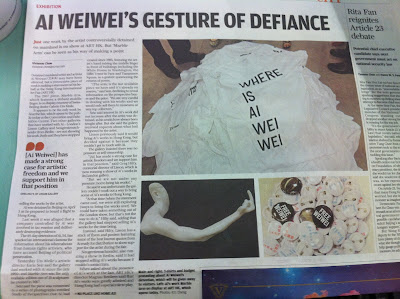 It has grown bigger. The art works are better. And it has been sold to Art Basel. But what makes ART HK stand out is that the organisers know exactly how to play the game right.

Yesterday at the opening press conference, fair organisers appeared to be all prepared to address the issue of Ai Weiwei -- the Chinese artist-activist who has been detained by the authorities for months and has been accused of tax evasion. When asked about the artist, fair director Magnus Renfrew calmly delivered a statement stating the fair's position: The fair was aware of the works of Ai being shown (eventually there is just one piece). The fair admires Ai's works and hopes that the ordeal can be quickly resolved. The fair also praised for Hong Kong's position and freedom of speech being protected as stated in the Basic Law.

Nothing more, nothing less. It was just about right. Essentially a commercial event trading art, ART HK could've downplayed the politically sensitive issues by playing evasive and not addressing anything concerning the detained artist for business' sake. But the organisers opted a daring path. It might not be the most exciting answer but it was appropriate, good enough to dress up the event, making it more than merely a commercial trade fair -- it is still an event about art, and art is about expressing yourself freely.

If the event were organised by the over sensitive Chinese, things could've been different. Money comes first, and thus anything that could potentially be offensive and might affect the business will be banned. Thus the first thing would be done is to order all the exhibitors not to show works by Ai Weiwei, and then pretending that all the controversies around the artist did not happen.

Earlier this week I interviewed one of the world's hottest Chinese contemporary artists and a question about Ai was unavoidable. I was hoping that such a famed artist would've said something smart, but all I got was an awkward answer: I better mind my own business.

It was disappointing, but it also dawned on me why we suck. 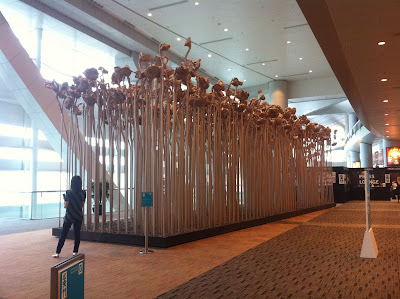