Okay this might piss a lot of people off and I've written about this briefly on Facebook a while ago, but I soooooooo have to tell the story all over again here on this new platform. 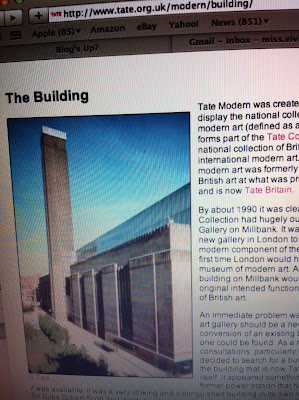 A while ago there was this media gathering with the senior management of the West Kowloon Cultural District Authority, where Lars Nittve, the arts hub's M+ director as well as the first director of Tate Modern, one of the world's most important and popular contemporary art museum, met the Hong Kong media representatives for the first time after officially starting his job. There's still no M+ till 2016+, and he was only in his job for a few months, so naturally, Mr Nittve was sharing his previous experience in the contemporary art world, particularly the setting up of Tate Modern. Then during his conversation with the media, the following questions/ statements were made by the attending journos:

"Well...I've never been to London or Tate Modern."

Mr Nittve probably didn't hear all of this but at that moment, I wanted to bury my face in my hands. It was beyond embarrassing.

Attending journos came from different Hong Kong Chinese language newspapers, and I do not mean to be patronising but just how is it possible that a journalist who has been on the West Kowloon "beat" can be this narrow-minded and has never heard of Tate Modern?????

Am I just being too demanding here? It would've been great if you have been to all these places and okay not everyone can afford to travel extensively. But then you do not have to actually go to those places in order to KNOW what these places are! As a professional journalist, doing your homework is practically journalism 101. All of these names - Tate Modern, MoMA, Mori Art Museum, etc have been appearing in all the government papers through out the development of West Kowloon Cultural District (WKCD). So even if you haven't been to these places, at least, as a correspondent reporting on WKCD, you should have an idea of what these museums are by studying the government papers. And if you are on a certain beat, you should be well-informed enough about not just the latest news and controversies but also the background. And here in this case, having the basic knowledge about the world's largest and most influential art institutions is necessary common sense.

I do not want to condemn my colleagues' professionalism. After all, perhaps they are not interested in arts and culture at all and they had to cover this "boring" beat simply because they were sent to do so.

This is the odd thing about Hong Kong's media. WKCD is supposedly an arts and culture subject, but because of its controversies and political debates, it has become a political item and most of the Chinese press simply send political reporters to cover this. So the questions being asked always evolve around: "How much money is spent?" "Which master plan is being chosen?" "How much is the CEO paid?" "Are you guys being cheated by Graham Sheffield?"

And strangely no one seems to care to ask about what's really in there, how it's going to synchronise with the city's cultural policies, or how it's going to revamp our city's culture and its influence on our future generations. Those are much bigger and more important questions than just the money and who's designing it!

And even more so, once when I went to a Home Affairs Bureau briefing on arts funding policies, one reporter who raised one of the questions above asked me: "Is this important?" MY GOD!!!! Do your homework! I once suggested the Hong Kong Journalists' Association to organise talks and seminars for journalists on Hong Kong's cultural policies and WKCD, but the response was disappointing -- apparently to these journos, arts and culture is just fluff.

So no matter who's going to head the arts hub, or what other great international talents we can attract to this city to develop our arts and culture, it doesn't really matter, because most of the journos don't care, and if they don't, it's not going to make it to the paper, and the public will forever be out of the loop.

If Hong Kong's media is going to stay like this, we might as well just build a central park. No wonder Norman Foster's plan won the bid.